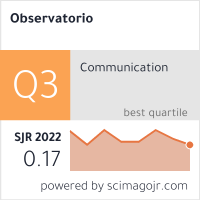 Online-offline strategies of urban movements against vacancies. The crowdsourcing platform Leerstandsmelder.de as a collective and critical mapping tool

It is a paradox that in spite of growth of major cities due to migration and enormously increasing spatial-economic pressure, a large number of vacant and neglected properties can be found in German metropolitan areas. Urban movements are increasingly protesting against this development and call for an opening and a non-commercial use of these properties. This article broaches the issue and the meaning of digitized urban movements in regaining control of urban development processes by focusing on the opening and the usage of vacancies. More precisely, it deals with collective critical online mapping of vacancies. Urban movements use new media technologies like crowdsourcing platforms to promote counter-publicity and alternative views. Building on a case study of the German online mapping platform Leerstandsmelder.de and the urban collective Schnittstelle5 of the city of Mainz I assess to what extent urban movements may take advantage of the new digital possibilities to tackle the challenge of vacancies. The article examines how urban movements use geoweb and geo-referenced crowdsourcing services, and considers how such strategies may change both the acquisition and the usage of urban space.